Permit me to share with you, my desire to go into Godly business partnership with you. I got your profound contact email from a computerized data, following my fasting & praying effort searching for a reliable and trustworthy person to assist me in this venture.

I am Mrs. Maureen Greaves, married to Late Alan Greaves (PhD} who worked with ( Total S.A.) the French Multinational Integrated Oil and Gas Company and one of the five "Super major" oil companies in the world as their Africa drilling rig supplier for 17 years before his death On Christmas Eve 2013. Before his death we were both devout born again Christian; lay-preacher and former social worker and my late husband Alan Greaves; was an organist at the church for 40 years, before his was attacked and beaten with a pickaxes on his way to pray at Midnight Mass at St Saviour's Church in Sheffield and he died in hospital three days later as you can confirm this link as stated below:

http://www.dailymail.co.uk/news/article ... vigil.html, A year after his murder, organist Alan Graves' widow. www.dailymail.co.uk The widow of a church organist fatally injured on Christmas Eve last year played a leading role in an emotional candlelit service at the spot where he was attacked ..http://www.bbc.com/news/uk-england-sout ... e-25417344

When my late husband was alive he deposited the sum of ($15.5M) with a bank in Cotonou Benin where he worked for 17 years last as the (Total S.A.) Africa drilling rig supplier. I am contacting you because of the recent report from my Doctor told me that I have some weeks to live due to cardiac and kidney failure problem, having known my condition, I seek your concept and permission to present you to the bank as my late husband foreign investors to retrieve the fund and utilize for establishing an orphanages home for the poor and needy, and also propagating the word of God and to endeavor that the house of God is maintained.

I shall give you the full detailed documents of the fund as soon as I hear from you. Contact me immediately on my private email: ([email protected])

Any delay in your reply will give me room in sourcing another good person for this same purpose.Hoping to receive your response immediately.

Thanks and Remain blessed in the Lord.
l remain yours sister in Christ.
Mrs. Maureen Greaves Church Army evangelist) 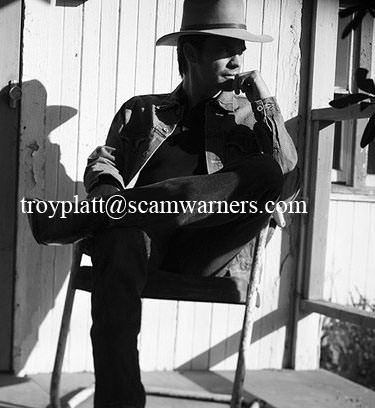